Report any bugs and Link not Found Contact Us Report!
Markets by TradingView
Home
Automotive

3 Ways to Charge an Electric Motor

There are certain things that must be considered so that charging can run optimally. Here are 3 ways to charge an electric motor that you can do 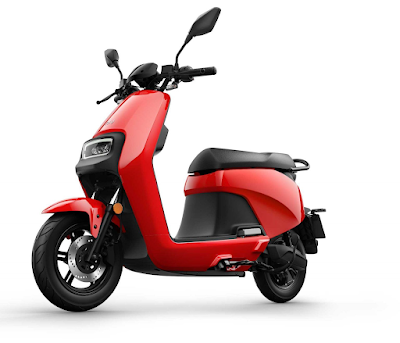 1. How to charge an electric motor battery at home

2. How to charge an electric motor battery at a gas station

3. How to charge an electric motorcycle battery with a battery rental system

It turns out that not all electric motors can be freely charged when the battery runs out, you know. Several electric motor manufacturers implement a battery rental system. The system of this battery rental is that for every electric motor whose battery power has run out, the user can exchange it for a new battery by paying a certain amount of money.
Its function is still the same, namely ensuring that the power on the battery can be fully charged again. But because in this battery rental, all the batteries that are rented are in new condition, so the user feels more secure with the 'health' condition of the battery.
One of the electric motors that implement a battery rental system is ECGO. If you use an electric motorbike from ECGO, download and install the ECGO Bike application on your smartphone. In this application, you will see the location of the ECGO electric motor battery exchange, you can visit these locations closest to your residence.
If there is no battery exchange location near your area of ​​residence, you can order via this application and a courier will come to deliver a new battery.
This is how to charge an electric motor that can be done anywhere, whether at home or SPKLU. Charging this battery can also not only be charged like when charging an ordinary electronic device but can also be done using a battery rental system such as an ECGO electric motorcycle.
Ease of charging for electric vehicles is intended to attract people to start using electric vehicles that are more environmentally friendly. Well, if you're already interested in trying electric vehicles, haven't you?
Getting Info...