Report any bugs and Link not Found Contact Us Report!
Markets by TradingView
Home
Travel

Angel Falls in Venezuela: The World's Highest and Most Dangerous Waterfall

The tallest and most dangerous waterfall in the world. This waterfall in Canaima National Park, Venezuela, has a height of 979 meters. 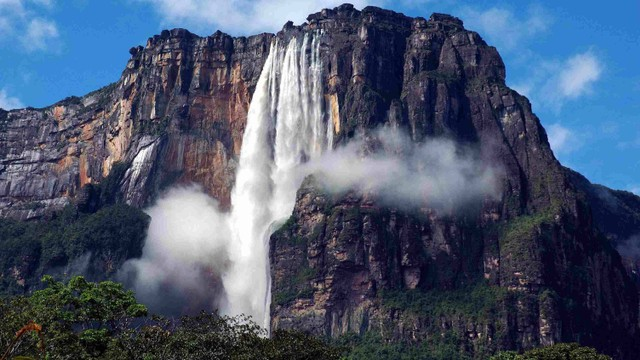 Angel Falls is the highest and most dangerous waterfall in the world. This waterfall in Canaima National Park, Venezuela, has a height of 979 meters.

The water that flows into a waterfall falls from a fissure near the summit of Mount Auyán-tepu, into a place known as Devil's Canyon.

The history of Angel Falls in Venezuela 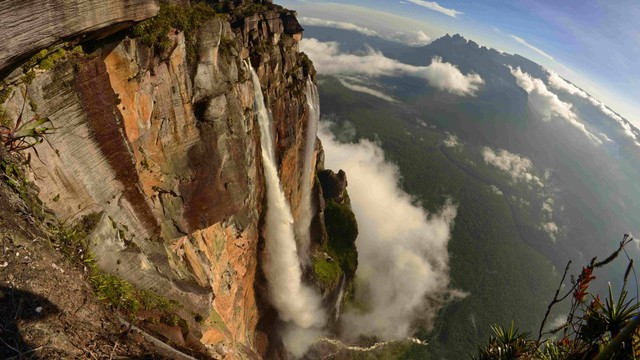 Before the mid-1950s, this waterfall was an unknown wonder. Even the native Kamarakotos Pómon, who inhabit the valley beside Auyán-tepu stay away, believing that the remote location of Angel Falls harbors evil spirits.
In 1933, United States gold miner James Crawford ('Jimmie') Angel accidentally discovered Angel Falls and immediately flew over the mountain in his Flamingo monoplane while searching for an ore bed.
As reported by Beautiful World, in 1937, Jimmie returned to the waterfall and became acquainted with Gustavo Henry and Miguel Delgado.
Although Jimmie managed to land his plane on the summit of Auyán-tepu, the plane's wheels sank in the mud, and Jimmie's plane remained stranded on the mountain until 1970.
For 11 days, the group trekked across rough terrain, having to ration their limited food supply, until they reached a small settlement in Kamarata.
Based on the news circulating, the name of this waterfall is in accordance with the name of the inventor. However, the story made researchers find out again and investigate it scientifically.
Canaima National Park was founded in 1962, and in 1994, UNESCO listed it as a World Heritage Site. 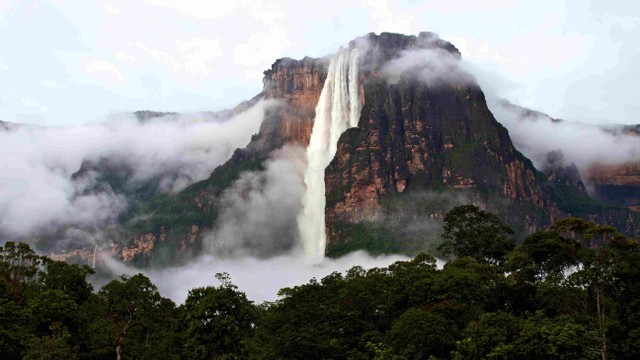 Canaima National Park is one of the gateways to Angel Falls. Unfortunately, this UNESCO World Heritage Site is only accessible by air, as there is no overland route to get there.
Airlines Rutaca and Avior provide flights to and from the airstrip at Camp Canaima. Passengers will fly over dense forests that are still untouched by humans, ancient mountains, and too many meandering rivers.
Visitors to the national park generally fly from the colonial city of Ciudad Bolivar or the Venezuelan capital, Caracas. However, many also choose to use private planes.
After arriving at Canaima National Park, visitors will use a boat to reach Angel Falls. Motorized canoes typically travel upstream between May and January.
Travel time it takes about five hours to reach the waterfall by passing through a winding river, bordered by dense forests and full of exotic wildlife. The canoes will also glide over boulders through fast-flowing rivers.
From the lagoon, visitors then travel through the lush Venezuelan jungle to various vantage points. If the waterfall's flow is quite heavy, tourists are encouraged to swim in a pool formed from falling water.
During the rainy season, Angel Falls waterfall creates its own weather. At certain times of the year, those within a one-kilometer radius of the falls can feel the fog.
Getting Info...