Report any bugs and Link not Found Contact Us Report!
Markets by TradingView
Home
Technology

The difference between open source and close source lies in how developers manage their source code software. 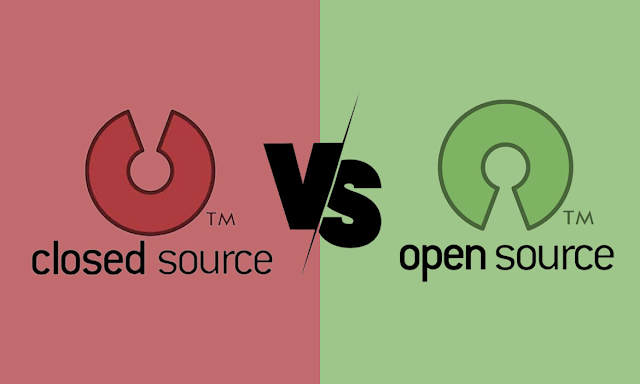 As a software enthusiast, you must have read the terms "open-source" and "proprietary" used on the internet. Is there any difference between the two?

Everything we see on the screen is made up of language. Someone, somewhere, has written down words that are meant for computers to understand. These words, this language, are known as codes.

What is Open Source?

Free and open source software is software where we not only have access to freely use the program but also to view, edit, and share the source code. Source code refers to the code that a person (or, occasionally, a computer) types when creating a program.

This is different from binary code, which is the actual language that computers use. When a programmer finishes writing a program, they compile the source code into a binary program. A human being knows how to read source code. Computers know how to read binary code.

When someone distributes a program, they usually give us a binary file that can be run on the computer. Those programs are neither free nor open source, except they also give us the source code and the freedom to do both as we wish.

What is a Close Source?

This is because software developers regard the source code as their private and proprietary information. To give anyone access to this code, in their view, you as the user have to pay a fee to buy it in order to have the ability to copy and edit programs freely without having to hire a developer or a team of developers to do the same work.

Unless you grew up using Linux, there's a good chance that most of the software you're familiar with is a close source. This type of software is easier to monetize, making it attractive to both small app developers and giant corporations. Another sign is whether you must agree to an end-user license agreement or EULA when using the program for the first time.

The computer is unlike most other tools. You may be able to move your mouse or swipe across the touchpad with less of a problem, or you can press keys on the keyboard, but that's not the point.

This is an important code. The code can be modified. The code can be copied. There is no inherent limit to one's ability to tinker with and copy code. Computer makers don't have to ask you not to make copies of your laptop because that's not something most people can do. But it's not that hard to copy and redistribute software that's on a computer, so that's where the EULA comes into play to prevent that from happening.

EULAs are usually giant walls of text that explain, in legal language, what you can and can't do with the software you're about to use. They generally prevent you from viewing the code, consider making copies illegal, require you to purchase a license or activation key, and often detail how to use software that is deemed to be against the terms of service.

Free software licenses do not require any contractual agreement with their users; instead, they tell their users that they can do whatever they want with the program and its code. Some free licenses, such as the GNU General Public License, are considered copyleft licenses. Their main limitation on user behavior is the requirement that any program developed using code available under the GPL is also available under the GPL license.

Other licenses, such as the MIT license, are considered permissive licenses and are not included with these terms. You can take the MIT licensed code and use it to create proprietary programs if you want.

As mentioned earlier, the difference between open source and close source lies in how developers manage their software's source code.

A closed source is a program that has an encrypted source code. This means that you have to register first before using it. Most closed-source software is not free or paid. Examples such as Windows, Microsoft Office, Adobe Photoshop, and others.